Beginnings and endings Nothing to think about 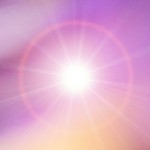 I am trying to understand why doing nothing is considered by some to be better than doing something. That is, after all, the message spread by Eastern faith/philosophy. It’s not just the message, but the way it is passed on to the rest of us, who, it’s alluded, are not as enlightened as we should be. It is the smugness of inherently perceived superiority that annoys me as much as the argument itself.

The message that Eastern philosophy is somehow superior to western philosophy is rather strange – no, very strange. What is it that we are told, after all? That a still mind is better than an active mind. That by ridding our minds of extraneous matter, i.e. the outside world, we will get to an inner peace, to “the truth”.

How so? What truth do we actually get to when our minds are blank? What superior level do we reach when we meditate, saying the same mantra over and over for hours? Robert Pirsig, the author of Zen and the Art of Motorcycle Maintenance, in an interview about meditation, stated that “If you stare at a wall from four in the mornng till nine at night and you do that for a week, you are getting pretty close to nothingness.” Is this a recommendation?

Mankind has come a long way along the evolutionary path, with countless inventions and discoveries, none of which were the result of a mind deep into nothingness. From earliest times, advances have been the result of thinking, not of non-thinking. Philosophers, scientists, mathematicians, physicians, economists, industrialists, accountants, whatever, all advanced in their field, and so advanced mankind, by making their brains work.

Yet now we have the fashionable New Agers, influenced by Buddhism, Tao and a slew of Eastern thought, all of whom refer to the superiority of anything rather than reason and logical thought. We are somehow led to believe that intuition is superior to logical thinking, that intuition is on a higher level than the dirty business of working out a problem by thinking about it. It is a sort of anti-intellectualism, wrapped in an enigma that is not supposed to be challenged.

There is nothing wrong with belief. Why should one argue with belief? There is no need because belief does not lean upon logic, and neither does it have to. Belief is belief. And here is my frustration with Eastern thought: it does not admit to being a belief. It will simply make the point that the mind isn’t everything and that, in fact, intuition is on a higher level. No argument works at this point, since argument itself is what is considered to be useless. And so we are in a vicious circle, with the circle being an integral part of eastern idea of no beginning and no end. See? We can’t win.

I suppose one argument could be that the world is in the bad state it is  because of reason, and that wars take place because of leaders using their minds for evil. Yes, that is true. In the meantime, I would like to be given some examples of where non-thinking advanced the world in any way, and where the world would be now if everyone would have emptied their minds.