Don’t mind me The me, me, me generation

Nothing to think about 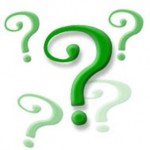 In the Virtual Muser, a very lively forum on Facebook, I was addressed by Deborah Greene Bershatsky, an active and highly articulate member, who posted: ”My thoughts after reading your book are that we know nothing about nothing because there is nothing to know.”

The remark stopped me in my tracks. I am not usually stumped for an immediate answer to any questions about “nothing”. After all, I have been actively thinking about nothing for five years and am constantly on the receiving end of dozens of questions in my talks and book tours. After a while, though, I realised how incisive the remark was – so much so that I intend to make use of it in my forthcoming talks next month.

Deborah is right, of course. There is nothing to know, since Nothing is the absence of everything, including ourselves and our thoughts. If we could know anything about Nothing, there would be something to know. Nothing, though, is not something.

Now while there is nothing to know about Nothing (the absence of everything), it is for that very reason that there is plenty to know about Nothingness (the absence of something). We can feel an absence and we know what it replaces. When there is an absence of someone we were expecting, we can talk about that absent person. As Elvis, referring to his own absence, sang in Are You Lonesome Tonight: “Do the chairs in your parlor seem empty and bare – Do you gaze at your doorstep and picture me there?” Absences are real. Both Samuel Beckett and Harold Pinter use silences in their plays to devastating effect, the absences being as powerful as the words that surround them.

So if Nothingness is real, is also Nothing real? My only answer as to whether Nothing is real is that I don’t know. I can’t know about Nothing. There is, as Deborah say, nothing to know.

Having said that, I need to add that my saying “I don’t know” in no way implies that there may or may not be Nothing. With Nothing, it is not a matter of doubt, unlike the implication of saying that one does not know whether God exists. Either God exists or he doesn’t; the whole point in belief in God is that he exists. However, with the concept of Nothing, the whole point is that it is the absence of everything, and as such, it cannot be thought of as “existing”.

Well, that was a rather heavy start to the year. I actually intended this blog entry to be more festive. I was thinking about where 2011 went and whether we can call it an absence. Another time.

7 comments on “Nothing to think about”