Nothing to think about Thinking out of the box

The me, me, me generation 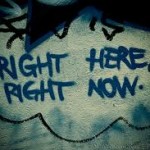 How strange it is that even as science moves humans away from the centre around which everything revolves, modern society pushes itself in the opposite direction.

For some 1400 years, it was an accepted fact that the earth was at the centre of the universe and all celestial bodies, including the sun and the fixed stars, revolved around it. Ptolemy’s idea of a well-ordered universe, the earth at its centre, surrounded by the sun and planets – that made sense. But when Copernicus came along in 1543 and placed the sun at the centre, with the earth and the other planets moving around it, he did more than just describe how the universe is physically; he brought about a complete shift in man’s philosophical conception of the universe and his place within it.

With the advance of science, changes in the focus of philosophical thought and particularly the radical idea of evolution, humans seemed to have become reconciled with their place within nature. Or should have.

Why, then, are we the me, me, me generation, where all is geared towards the individual, where self-aggrandizing is the aim in life within common perception? After all, isn’t it the be-all and end-all of vast numbers of youth to emulate the stars of movies and sport, the celebrities of seemingly super-human attributes?

It would be nice – and is much in fashion - to blame it all on capitalism, which has in its inner core the ideology of individual achievement. But communism hasn’t shown us anything different. We need only look at the self-serving elite in the now-defunct Soviet Union, with their dachas and special privileges to understand that not everyone was meant to be equal, or the supposedly egalitarian N. Korea, whose late Dear Leader enjoyed a lavish life style with fine wines and food while his subjects were starving.

We can’t, surely, blame the media for their massive and obsessive coverage of the famous and the beautiful. The media cover what people want to see and read about. And with the world ever more exposable and open, ever more people prefer to be like the celebrities they see within a widening and self perpetuating circle of sameness.

Is there any reason – can anything be blamed – for this obsession with the self, even while science is showing humans’ place in nature, almost irrelevant in the scheme of a universe that is ungraspably large?

Instant gratification is the name of the game nowadays, even with – perhaps, especially with – those who are not hooked on TV reality shows and the lives of celebrities.

NOW is the new alchemy of life. During a period when instant gratification is shown as the aim of life and posited as “what it’s all about”, the idea that eternity can be achieved effortlessly is much more attractive than the lifelong dedication that has to be invested within traditional (Western) religions, their codes and strictures.

New Age concentrates on living, and living is NOW. There is no past, there is no future, all is in the NOW. Achievable with the minimum of effort – unless meditation is considered effort, which it is not supposed to be – NOW is the undefined theme of New Age wisdom as part of happiness, contentment, well-being and satisfaction that lead to the cycle of eternity.

New Age strikes a chord. Sometimes it uses pop versions of Eastern faiths, as does American spiritual teacher Baba Ram Dass (born Richard Alpert), who has been bringing Buddhism to the masses, helped by his 1971 bestseller Remember, Be Here Now. It’s all about “positive thinking”, advocated by Eckhart Tolle, plus New Thought ideas such as “The Secret”, which claims that the mind is so powerful that one can achieve anything.

NOW is the name of the game and the game is ME. It is what *I* can do NOW. It is *I* who will achieve what I want.

It is perhaps no wonder that New Age came along when it did. While science brings progress, and cosmology does its bit to show how insignificant we are in the universe, human enlightened nature insists that it is WE who count and that NOW is when it counts.

As a philosophy of life, NOW is convenient and comfortable. It allows one to be free of responsibility not only for the past, but for actions that could affect the future. And since NOW can only apply to what *I* do and feel, it sums up perfectly an age in which it is not important what *I* can do for the world, but what that world can do for *me*.

Strange, though, even if predictable, that at a time when science has done so much to add to our understanding of the world, it is the ME generation that holds sway and attracts ever more adherents. Science and enlightenment have parted company.

6 comments on “The me, me, me generation”