Thinking out of the box Is “nothing” something?

People are everything, even for “nothing”

Finally home after three weeks of talking about “nothing” in England and Ireland, I can now reflect on my experiences.

I would have liked to write a live blog, as was my intention; but all good intentions aside, it was impossible to even begin. What with each day filled with the train or the car to get to where I was going to present, and the fact that my talks were all – apart from one Sunday – in the evening, not much time was left for thinking, never mind tapping anything coherent into my laptop.

Actually, after a few days it all became a blur. And it is only now, after a few days, that the events separate themselves in my mind and lie within my memory as individual rooms, halls, pubs, not to mention the one castle (Cork, Ireland).

It is not, though, the localities that leave the greatest impression upon me. What remains is the people and their questions.

Whether nothing is something, I can say definitely that people are everything. For me, the best places were where I met the nicest people, those who made me feel at home, with whom I could have a laugh and who I would like to meet again and feel I can call “friends.”

The events themselves were all interesting, with none being the same as another. Again it was the people who made the difference, with each event having a different type of audience, containing combinations of philosophers, scientists, mathematicians, biologists, whether professionally involved or simply interested.

The majority of each audience, though, consisted of people who simply were interested in listening to something – in this case nothing – that piqued their curiosity. And it was this that I found the most gratifying; that people come out on a cold night to listen and then discuss what can be summed up within the catch-all question “what it’s all about?” My talks were, after all, not “practical”, or “how to.”

So why did I love those questions. For a start, it showed that the person had really thought about what I was saying. For me, though, it was the thrill I got at the opportunity to expand my own knowledge of my subject. Was I surprised? I suppose yes 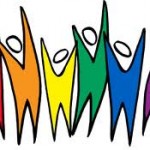 , since I thought I had heard it all and that nothing new could be thrown at me. But really I shouldn’t have been, since there are are no boundaries to knowledge, and obviously I could not have covered everything there is to know about “nothing.” In fact, since completing my book, I have added much to the subject – enough for a sequel (“Nothing More”?)

How strange: this blog was supposed to contain a couple of the questions I received, and it was my intention to answer them. But I was side-tracked by the thought of people and how important they are to me and to philosophy in general. For what is philosophy if not for people?

Like the proverbial tree in the forest, without anyone around, there would be no philosophy.

As for the questions themselves, I will deal with them in future blogs – if I don’t get distracted again.

3 comments on “People are everything, even for “nothing””