Is “nothing” something? A personal look at nothing. Or what has nothing done for me?

Is it possible to think of nothing? 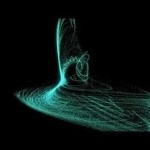 The question, of course, is whether it is at all possible not to think – to not think, in fact. It is claimed that that occurs in Meditation. But do people in Meditation reach a stage of not thinking? Do monks who spend years in caves reach that stage?

In order to qualify for a situation that is non-thinking, one would, presumably, be in a state of non-awareness. But would someone who is in that state be able to claim that he is not thinking? Obviously not, since he would be aware (and thinking) in order to make the claim.

Well, one thing that people mention as being a state of non-thinking is dreamless sleep. They remember looking at the clock, and when they next looked a couple of hours had passed; that, they say, was a state of oblivion, i.e. not thinking.

Without going into questions as to whether there had been dreams now not remembered, I can accept that the person was unaware through the period of being asleep. There are, though, a number of different points that need to be made regarding the state of oblivion. For a start, it is not a state of thinking about nothing, since oblivion, by its very nature, is not thinking at all. Besides, the very act of thinking is a conscious act that cannot at the same time be a non-conscious state.

Why is this important? Because the point that they are making is that it is possible to imagine a state of Nothing (the absence of everything). This is their response to my point that we cannot imagine what it is for us to not exist. Yes, we can imagine a world without us – but only by us “seeing” the world in which we aren’t present, as if watching a film of a situation without us. But it would still be us watching that film. What we cannot do is to imagine not imagining.

So how does this connect to our being in a state of oblivion when we are in a dreamless sleep?

As already pointed out, we are not aware of being in a state of oblivion. What we are aware of is before and after. What we “see” is afterwards: our being asleep, but not the state we were in while we were sleeping.

Dreamless sleep/oblivion is not an example of Nothing. It is, rather, nothingness; it is the absence of consciousness. And why is it not Nothing? After all, we cannot be aware within a state of unconsciousness, so why is that not equivalent to Nothing at that time?

One of the reasons – actually, the most fundamental – is that we are around to discuss it before and, more importantly, afterwards. And what is the “it” that we are discussing? The absence of consciousness, not the absence of everything. The fact that we wake from a dreamless sleep makes it something. If we didn’t awake, we would not be around to discuss anything, and certainly not Nothing.

So every time we wake up, we do so not from Nothing. The alternative is not worth thinking about.

19 comments on “Is it possible to think of nothing?”