From nothing to something Aristotle and the sense of nothing 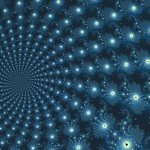 But a book there is, and before the talk I did a signing in the Brighton branch of Waterstones, where “Nothing Matters” was featured at the entrance of the store and I went through the ceremony of penning a few words on the inside of hitherto unopened books. Was I to just sign my name (Ronald Green? Ron Green? R. Green? Ronald?) or add a pithy, yet clever, comment that would cause the book to rush out in droves and subsequently to be sold with huge mark-ups on ebay? In the end I plumped for the latter (possibly pithy, but not really clever), rather than “please buy this book; my family needs the income”.

That was the easy part. Then the talk. Fifty people in a room above a pub, gathered together to hear what a stranger was going to tell them about nothing. Looking at me and waiting for me to begin. My first talk about nothing.

I have given talks before. I have lectured to much larger groups in much bigger halls. But then the people were students and I was the teacher. But now it was different, in front of a crowd of sceptics who kept quiet until question time.

It was only at question time that the whole thing took off and when I realised that they were interested in what I was saying. And it was then that I felt vindicated for having spent so much time on nothing, that endlessly fascinating springboard to everything. The questions were sharp, intelligent and to the point. I was asked about the connection of nothing to Quantum Mechanics, infinity, beginnings of the universe, science vs. religion, consciousness – and those were the easy topics!

All in all, I enjoyed it. I really did. My baptism of fire was over.

In October my talks about nothing begin again. I’m looking forward to it.

3 comments on “Talking about nothing”