Nothing on the radio Who’s out there?

Self and the Internet 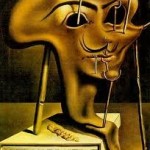 akes us, us? What is it about a person that makes him/her uniquely that person? If  he/she – let’s call her Joan – has plastic surgery and changes her face completely, is it still Joan? We would say that, yes, it is - in which case ”self” is not merely physical appearance. And if Joan has a stroke and in consequence changes her personality, is she still Joan?

It’s not that easy to define what makes us, us. Even for ourselves it isn’t easy. We should know what makes us, us, shouldn’t we? If Joan loses her memory, is she still who she thinks she is? If she doesn’t remember who she was, how can she know who she is now? Surely, without a memory, any knowledge about who she is, is false.

All these questions become even more difficult to answer when we enter the world of the Internet, for here – the virtual world – “self” becomes somewhat  murky.

Most of the people with whom we communicate on, say, Facebook, are represented by the words we see on our screens. Those are what we “hear”; although we see the words, it is as if we hear them. If we haven’t met our interlocutor, we project a voice on what we imagine it would sound like.

As difficult as it is to really grasp, that is how we are to the people with whom we communicate. Our “self” is how we project it and how others perceive and see it. No matter how hard we try, we are what we are according to how the other side supposes we are.

Let me just stop for a moment to state that this particular blog entry is not about the dangers of false identities and all the wild stories we hear and read about in relation to the dangers of the Internet, so beloved by the media.

This is about “self”, difficult enough to define and even more so when it is in the virtual world.

So if “self” is what others decide it is, what is the implication for us when we log off? If our “self” depends on others, does it also mean that we exist only because others recognize our existence?

Nietsche made a somewhat similar comment about consciousness: “Consciousness developed out of the need for individuals to communicate. As such, consciousness does not really belong to a man’s individual existence but rather to his social or herd nature.”

Nietsche, who died 111 years ago, didn’t have the advantage of being in the age of the Internet and social media such as facebook. But we do. Do we go along with the scary thought that we are what others think we are? In other words, do we not have a personality of our own, but only what others make of it? And that imponderable “self”: Is there no such thing as such, but rather, it is relative and as multifarious as the number of people who communicate with us?

2 comments on “Self and the Internet”