A personal look at nothing. Or what has nothing done for me? Back to Nothing

Was there always something? 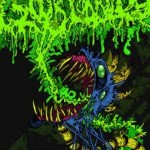 This is another question that was asked after one of my talks. I suppose I had it coming, considering what I had been saying till then. After all, an eternal something is the conclusion that one would come to after my forthright position that something cannot come from nothing.

But I digress… No, not really.

There are two problems with positing something as having always been around. One is the concept of eternity. That sounds better when it is referred to as infinity, right?  Eternity sounds so…well…religious. Infinity, on the other hand, has a more scientific aura. But let’s face it, they are basically the same concept.

And that brings us to the second big problem with the notion of something having always been around. It is the idea of causation, and particularly the existence of a first cause (or First Cause, with capital letters to make it more ominous).

Now causation is not normally a problem in science; in fact, it is the principle upon which science runs. Science looks for causes of phenomena in nature, that had previously been attributed to the supernatural. So while both science and religion take on board the fact of cause and effect, science is busy looking for causes, while religion already has the cause of everything – God.

The problem for science and causes is the supposed beginning of the universe. What, in fact, caused the universe to come about? If we wish to use the Big Bang as a theory for the start of everything, the question is: what caused the Big Bang?

Whether it wants to or not, science needs to face that question, because everything in science has a cause. There is no effect without a cause.

Yet when it comes to the Big Bang, we are told that it was the beginning. No cause. The beginning of time and of space. We are not allowed to ask what came before, because such a question is “nonsensical”.

But I do ask it, and I do so because I think that it makes sense to ask how something can come from nothing, and if it did, how?

And this is where the first cause comes in and why science looks at the idea with such horror. It does so because the first cause (or the uncaused cause) has always been associated with proof for the existence of God. The basic premise is that if something caused the universe to exist, it must be God. But this does not have to be, and there are a number of theories that dare to ask and are coming out with all sorts of things, like cyclical universes, the multiverse, the collision of membranes, etc.

All that is neither here nor there. The point is that if something cannot come from nothing, it seems natural to posit that there has always been something.

But I don’t posit that there was always something. If there is something, it must have started, and if it did, it did so from nothing – which is impossible.

So back to the drawing board……

4 comments on “Was there always something?”